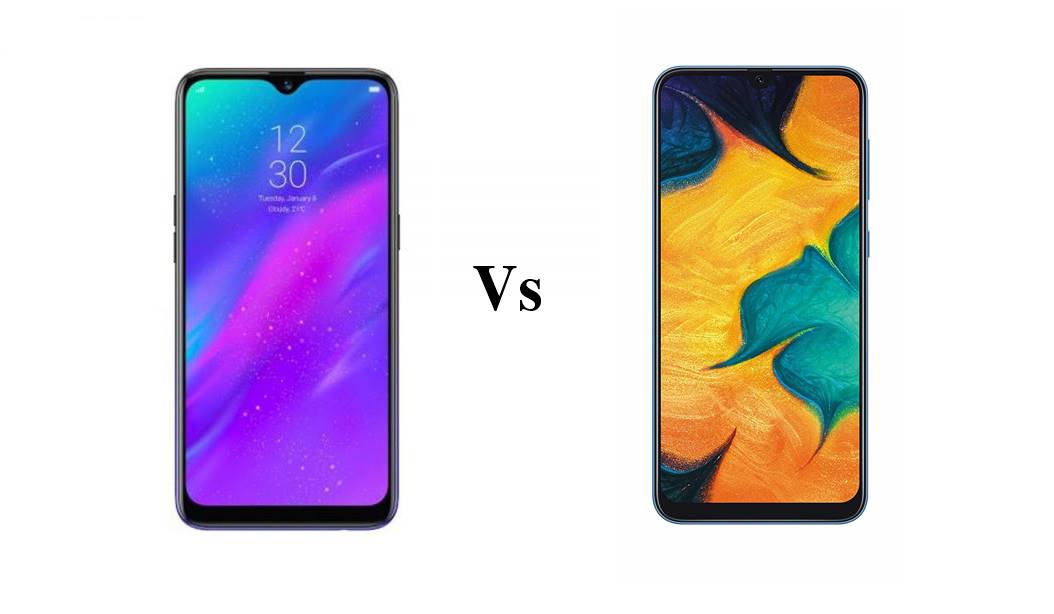 
Realme 3 Pro and Samsung Galaxy A30 both come with a Waterdrop Notch, full HD display panel, better camera features. Why Realme 3 Pro is a better option than Galaxy A30? we are going to tell you today. Both smartphones tend to be overwhelming due to some of their features.

Both the smartphones come with a waterdrop notch Display. Also, the panel of plastic has been given in the back of both smartphones. However, Realme 3 Pro Glossy gives more premium look due to 3D rear panels. The Rear Panel of Galaxy A30 does not look premium. but its front panel is quite attractive.

The Galaxy A30 has a 1.8GHz octa-core Exynos 7904 processor. On this processor, you can use the apps used for day-to-day, but you may have trouble playing high-resolution games and the phone starts heating up. In addition, Realme 3 Pro runs on ColorOS based on the latest 9 pie, while the Galaxy M30 runs on Android 8.0 Oreo. However, for this soon, the OneUI rollout will be based on Android 9 Pie.

Now the choice is your that which smartphone want to buy.