Realme X2 recently launched as Realme’s latest smartphone for the Chinese market. The handset comes with the quad rear camera setup, but it doesn’t offer any high-end specifications to compete against the likes of the flagship smartphone. However, it appears that the company does have a new smartphone model in the pipeline with the premium Snapdragon 855 SoC to take on the competition.

We already report about of Realme upcoming flagship. Now we will see Realme as flagship smartphone series which cheaper than other flagship smartphones. and this is good for consumers Becuase Realme is known for giving the best quality at cheap price.

The Realme phone with model number RMX1931 is listed on the Bluetooth SIG site with a 6.55-inch full-HD display, as reported by technology blog Nashville Chatter. The phone is also said to include an octa-core Qualcomm processor clocked at 2.84GHz. This could be the Snapdragon 855 SoC. 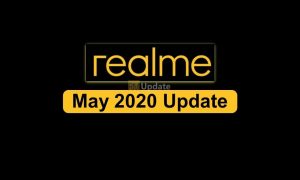