And after releasing ColorOS 7 Realme will become the first company to give 3 android updates for its low budget and mid-range smartphone. Realme also periodically provides monthly security patch updates on its smartphone. That’s why the only one-year-old company has become the world’s fastest-growing smartphone company.

Realme announced the roadmap for launching the Android 10 based ColorOS 7 update for Realme smartphone. It’s started to update the starting of 2020. 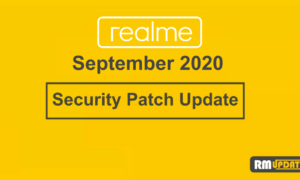