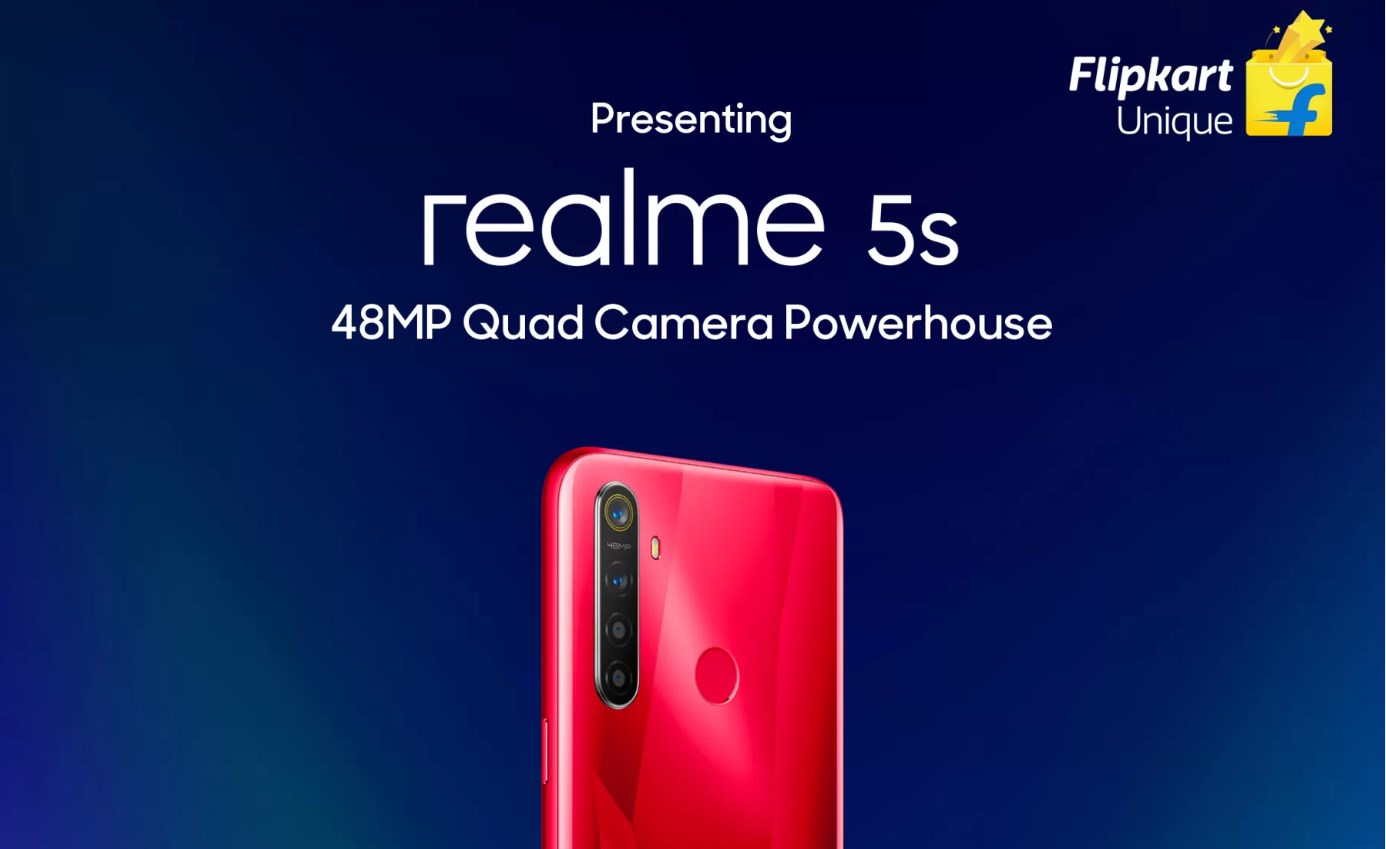 
Realme is set to launch its first flagship phone in India, Realme X2 Pro on November 20, as well as many more devices, will be launched in Realme at this event. While the Realme fitness band also coming soon. The company is expected to launch a fitness band alongside X2 Pro on 20th November it seems the company will also unveil a new smartphone at the event, dubbed Realme 5s.

The Indian e-commerce giant has set up a landing page on its site at the top, that page has text which reads “realme 5s Coming Soon”. It has been confirmed that Realme 5s will be launched on Flipkart.