OPPO announced that it will release its new ColorOS 7 conference on November 20th, which will bring you a new system. At the same time, OPPO also released relevant screenshots on the network, allowing consumers to know some updated pages in advance.

In the early systems, each family used Android, and the OPPO system was the same, but in OPPO’s ColorOS system, users found a lot of Apple styles, such as control center page, interactive style, and more. Some consumers said that this is the Android version of the ios system. Of course, in addition, after the designer who recruited Meizu in the past, the style of OPPO and the Meizu after the crash appeared, it is a bit embarrassing. 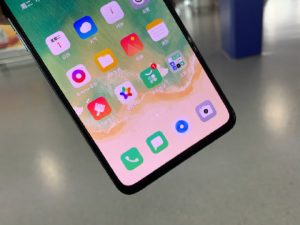 ColorOS 7 will have a new charging page and the main button will be remodeled. The control center uses the pull-down interaction mode to return to the original Android system, but the buttons have been modified accordingly. The quick mortgage appears in the middle of the screen of the mobile phone, making it easier to operate with one hand. It is very friendly for some users who prefer a one-handed operation.

In addition, ColorOS 7 also added a side multi-tasking function, the sidebar can support open in small window mode, and replace the commonly used small software inside, the management interface is also arranged horizontally side by side card. This is also a relatively large update, after all, in addition to Samsung used in the side of the multitasking bar, no one has ever used this design.

The upgrade of the Android source to Android 10 is already on the board, and the task interaction page is still a drawer-free design without folding. ColorOS 7 also added some of its own gadgets to meet the special needs of some consumers, and to make the phone more personalized.

Now ColorOS 7 has been very different from the previously imitated in ios, the independence of the ColorOS system is gradually revealed, more reflects OPPO’s own tips for users, and is no longer blindly following the mainstream design. This is also a big step in the design of OPPO.

Now all manufacturers are working hard on their own designs. Huawei, Xiaomi is constantly exploring. Huawei has directly developed its own self-developed baseband system. Xiaomi’s operating system is also highly praised, and users are extremely sticky. Strong, OPPO can of course not fall behind, the system upgrades will also help you to check for missing vacancies to provide users with the best mobile phone operating experience.

Of course, OPPO will show more details of the system to us when it is released. What we need to know now is that OPPO has become more autonomous and innovative.