The new update comes with the November Security patch update alongside added click the blank area to back to the launcher on recent task interface, dark mode fast switch toggles in notification center Settings, flash on call feature and fixes some issue.

The latest update comes with the build number RMX1901EX_11_A.10. The size may vary based on whether or not you installed the last iteration. Apart from bumping up the security patches to November, the new update also brings some tiny improvements to Realme X device. 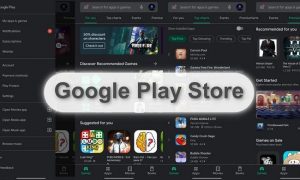