A few days ago, Realme announced an official roadmap of ColorOS 7 update for its devices, and Realme has cleared that the update of ColorOS 7 for Realme Device will be different from the update of Oppo. We can expect the “Realme UI” to be closer to stock Android as confirmed by Madhav Sheth a little while ago during an interview. Now, the ColorOS 7 beta testing program has finally got announced and here is how to register ColorOS 7 beta program for Realme X2 Pro.

How to register ColorOS 7 beta program for Realme X2 Pro

– Must be an Indian resident

– Willing to provide Aadhar card or other forms of identification proof

– Willing to sign an NDA (infringement will trigger legal action)

– Applications are accepted from November 27 to December 3, 2019

– Successful applicants will be contacted via email

What’s new in ColorOS 7 Changelog based on Android 10 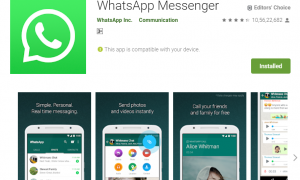