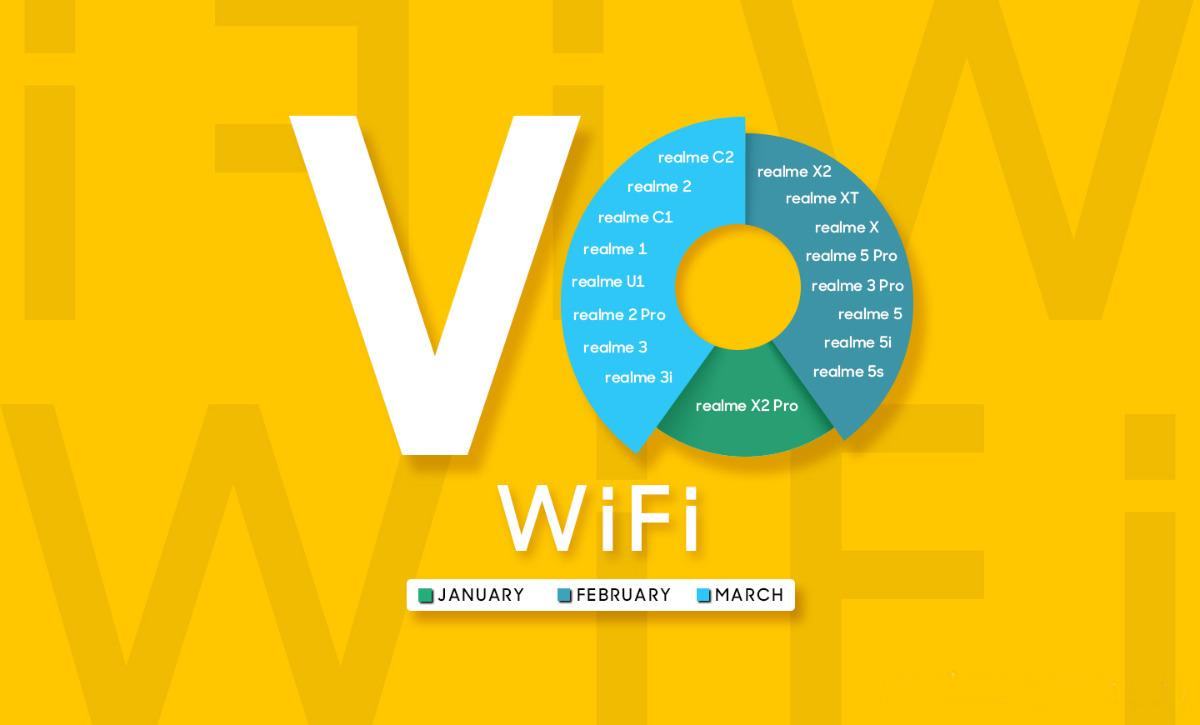 Recently, Both Airtel and Jio have announced the Wi-Fi Calling feature for their users. But not all can use it. You require a smartphone that can support this feature. Here’s the list of Realme devices that will get VoWiFi Calling.

What is VoWiFi Calling

Voice over Wi-Fi (VoWiFi) is a term typically employed to describe the delivery of commercial telephony services using Voice over IP (VoIP) technologies from mobile devices connected across Wi-Fi. This is typically counter to alternatives, predominantly Voice over LTE (VoLTE), in which a mobile network operator’s (MNO’s) licensed spectrum (i.e. 4G LTE) is used to carry packetized voice. Broadly speaking, VoWiFi terminology is assigned to all core IMS services accessed from the unlicensed spectrum and across untrusted access infrastructures, such as public Wi-Fi access points. VoWiFi is used synonymously to describe the GSMAs permanent reference document IR.51: IMS Profile for Voice, Video, and SMS over untrusted Wi-Fi access.

List of Realme devices that will get VoWiFi Calling

Realme X50 Pro will be unveild during the MWC 2020