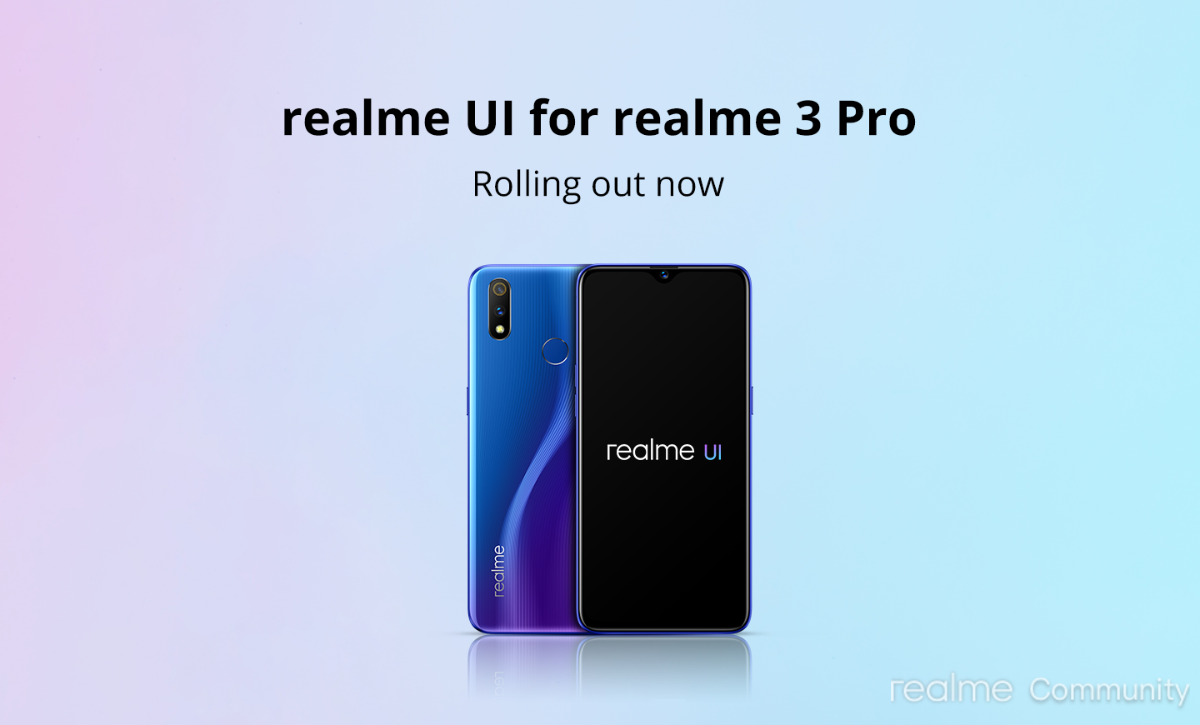 
Finally, Realme is rolling out the Realme UI update based on Android 10 for Realme 3 Pro remaining users. The update brings a new Realme UI V1.0 and it also brings the latest Android 10 aka Android Q. The latest update comes with the build number RMX1851EX_11_C.02.

If you are still waiting, you can download the newest update build by going into Settings > Software updates and tapping on “Download updates manually”.

• Added Bubbles: A bubble is displayed when you open an app in a floating window from the Smart Sidebar. Tap the bubble to collapse or open the app.

• Optimized screenshot preview floating window: After taking a screenshot, drag it up and release it to share it, or drag it down and release to take a long screenshot.

All gestures are supported in landscape mode.

• Added Focus Mode: Minimizes outside distractions when you are learning or working.

• Added a floating window and settings for screen recording.

• New management feature for recent tasks: You can view the memory of recent tasks and locked apps.

• Added option to open Global Search or the notification panel when swiping down on homescreen.

• Added option to customize the size, shape, and style of app icons on homescreen.

• Support for animated wallpapers on the lockscreen.

• In Quick Settings or Smart Sidebar, you can open Calculator in a floating window.

• Added the trim feature in Recordings.

• Added the Weather (dynamic) ringtone, which automatically adapts to the current weather.

• Optimized the Camera UI for a better user experience.

• Optimized the Timer UI and sound.

• Optimized the Album UI for a clearer structure and photo thumbnails.

• Optimized the Contacts UI for a more efficient experience.

Note: In order to ensure the stability of this update, it will have a staged rollout. The update will be randomly pushed out to a limited number of users today and will have a broader rollout in a few days after making sure there are no critical bugs. If no critical bugs are found, the full rollout will be completed in the upcoming days.