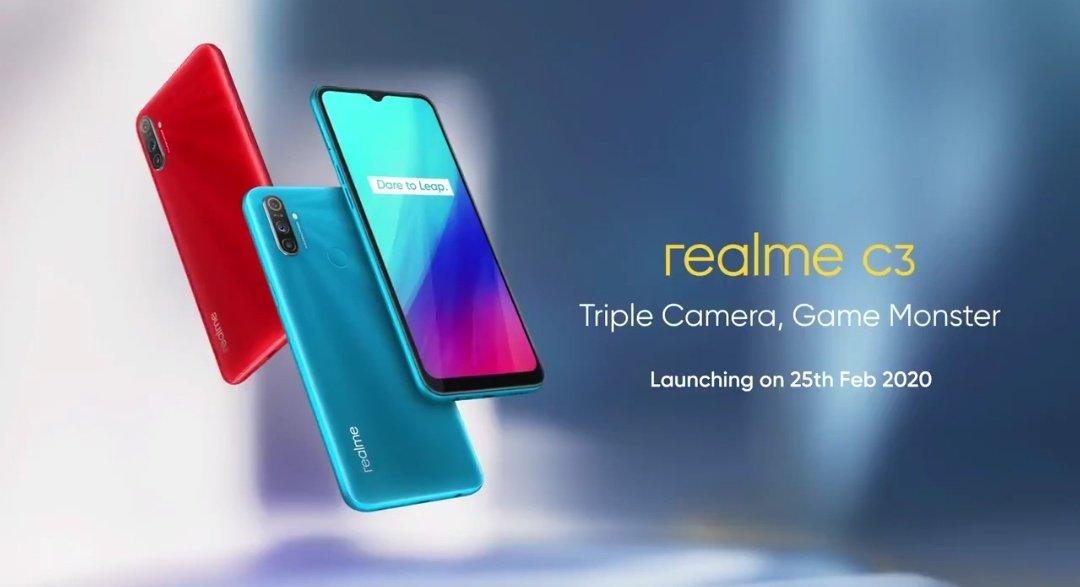 
Recently, Realme launched the “Entertainment ks Superstar” Realme C3 smartphone in India. The same device has been certified in several other countries, including Indonesia & Pakistan. It turns out that the company plans to launch the Realme C3 device in Pakistan on February 25, 2020. However, smartphones will be different from those launched in India. Instead of dual rear camera setup, the Realme C3 will launch in Pakistan in a slightly different avatar-the device will use a triple rear camera in the country” Realme will also launch the Realme C3 in Indonesia on 19th February with the same specs.

Please note that the Realme model RMX2020 has been certified with Realme C3 and Realme C3s mark in Indonesia, so we can expect the company to launch a triple rear camera variant of the device in India sometime in the future.