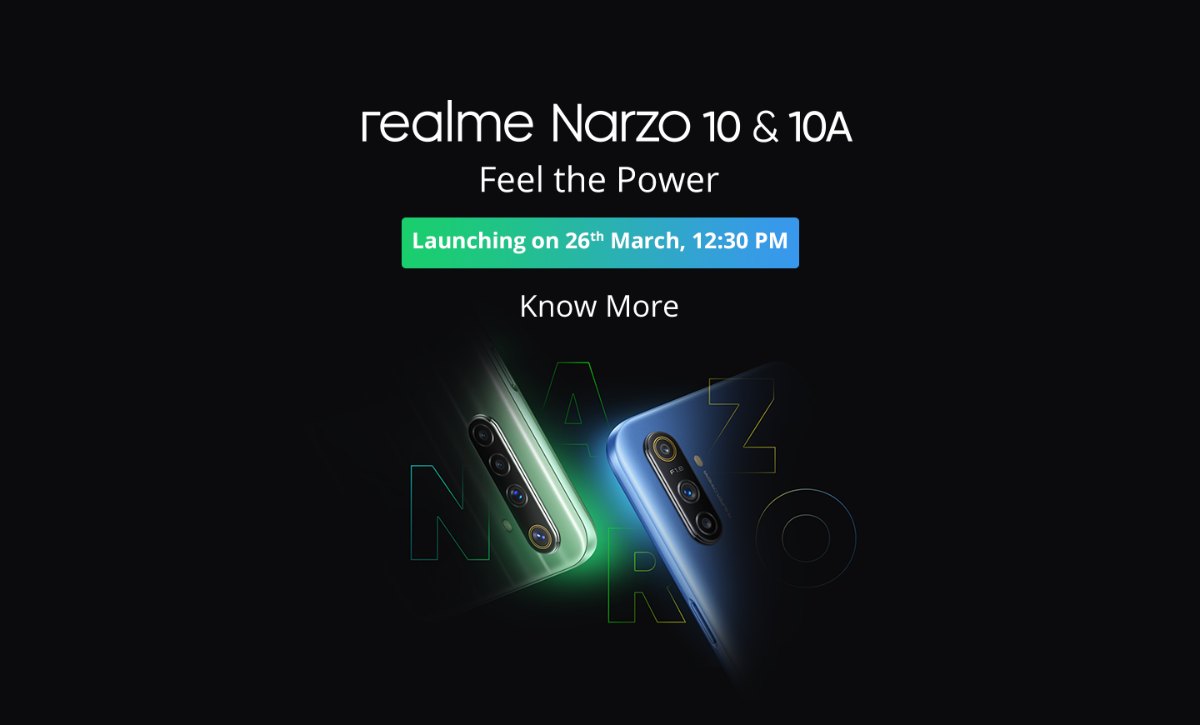 Although Realme has not revealed much yet, the official poster shows that Realme Narzo 10 will come with 48MP quad cameras and while the Narzo 10A will come with the triple camera setup. It comes with 6.5 inches large display. And the color is Green and Blue. Both the phone will be running on Realme UI V1.0 based on Android 10. Because all the new phones that Realme has launched in 2020 are running on Realme UI.

In Addition, Narzo 10 comes with a massive 5000mAh battery up to 39 days standby and support quick fast charging.

Whats is the full form of Narzo?