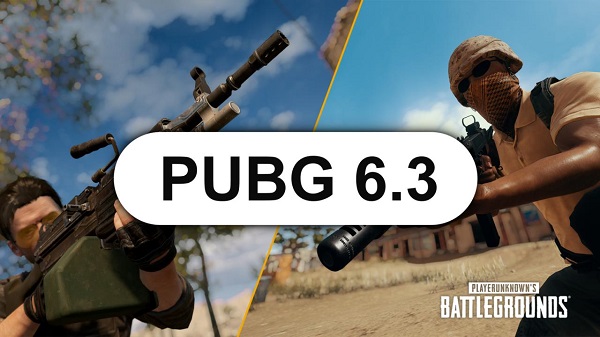 
PUBG is rolling out a new update last week. The new update version number is PUBG update 6.3. It introduced the previously teased Panzerfaust and also introduced some changes to weapons and Team Deathmatch mode. The weapons changes include rebalancing some weapons including one formerly only found in Care Packages.

PUBG is dropping the much-teased Panzerfaust onto Karakin, rebalancing some weapons including one formerly only found in Care Packages, and summing it all up with some bug fixes and quality of life improvements including the much-requested change to invincibility in Team Deathmatch. All this and more in Update 6.3! Read on for all the details.

PUBG has hasbeen sneaking the Panzerfaust into our Season 6 videos since the start, but we’re finally putting the boom tube into your hands! While a powerful AoE damage tool on the Battlegrounds, there are some drawbacks to picking the Panzerfaust up. First of all, it takes up a primary weapon slot, limiting your options on the diverse terrain of Karakin. The projectile travels pretty quickly but can be dodged by the attentive player. There’s also a backblast area behind the Panzerfaust.

As we near the end of the season, we’re also doing a little balance shuffle on a few weapons. The Tommy Gun has been weak for a while, so we’re adding a sighting slot for red dots and holos and upping damage, the M249 is moving from Care Packages to normal loot but is also losing a little damage and getting a bit more recoil, and the UMP-45 was nerfed a little too hard with the switch from 9mm, so we’re giving it some love across the board.