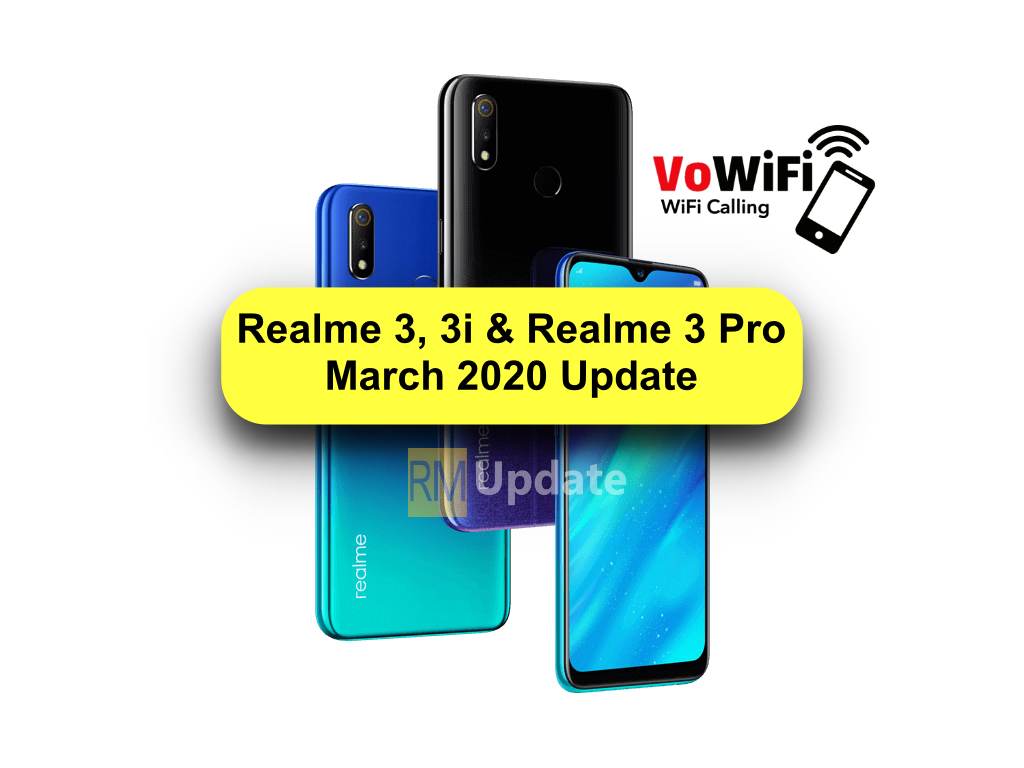 
Realme is rolling out a new software update for Realme 3 series including Realme 3, Realme 3i and Realme 3 Pro. The update adds new features and improves device security.

The new update for Realme 3 and 3i adds new WiFi calling feature along with the Android March 2020 security patch and fixes partial known issues and improved system stability.

In Addition Realme 3 Pro users also receive March 2020 security patch and optimize game audio, system power consumption, and fixes probability error of boot animation display, low probabilistic stuck issue while using third-party applications, stuck issue due to the memory leak of system and issue that photos or screenshots are not displayed after upgrading. The update is rolling out on Realme UI based on Android 10 for Realme 3 Pro.

Note: The WiFi calling feature only available in India on Airtel and JIO network for Realme 3 and Realme 3i. Realme will also roll out the update in other regions. And both the devices will get Realme UI based on Android 10 update in the next month. So stay tuned…

WHAT IS VOWIFI CALLING

Voice over Wi-Fi (VoWiFi) is a term typically employed to describe the delivery of commercial telephony services using Voice over IP (VoIP) technologies from mobile devices connected across Wi-Fi.

The Voice over Wi-Fi (VoWiFi) service, also called Wi-Fi Calling, enables users to use smartphones that support VoWiFi to dial numbers to use voice or video calls when a Wi-Fi connection is available. Users can even make VoWiFi call in Airplane mode.

HOW TO ENABLE WIFI CALLING IN REALME 2 PRO