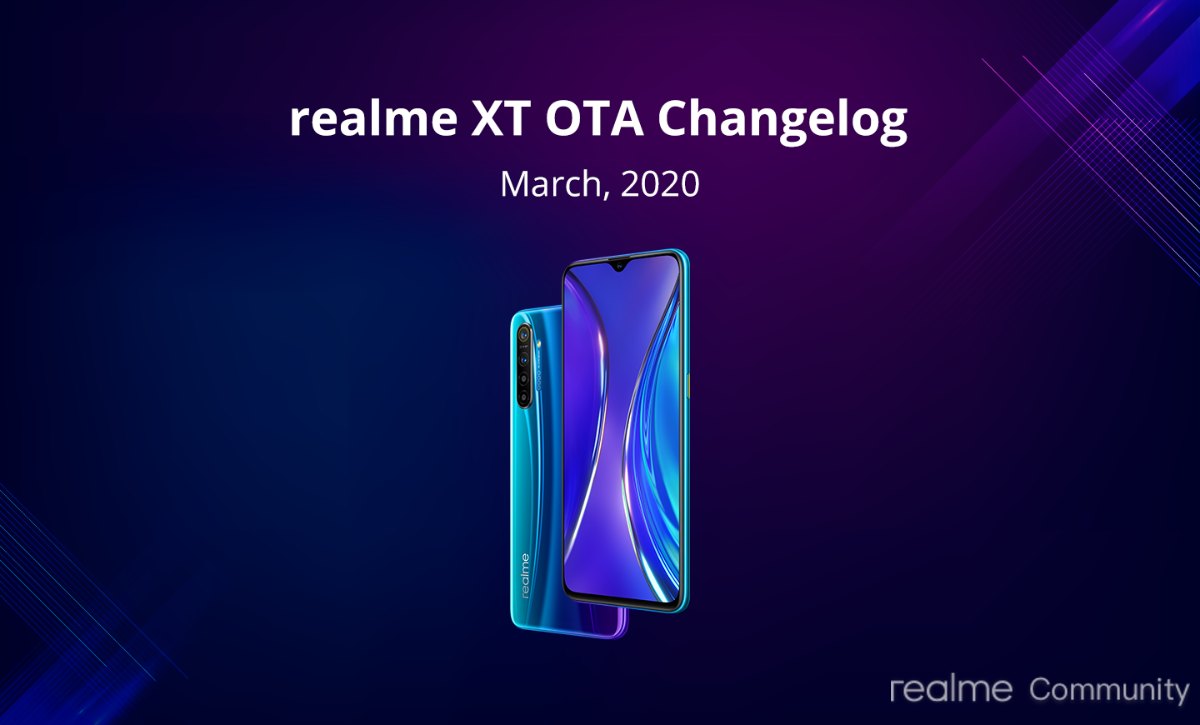 
Realme XT is the second phone from Realme that received the Realme UI update, Now the mobile is receiving March 2020 update that improves security and optimizes or fixes some issues.

The new update of Realme XT brings the Android March 2020 security update along with optimizing game audio, battery and fixes some issues that the user is facing. The latest update comes with the build number RMX1921EX_11_C.03 for the Realme XT (India) model. Apart from bumping up the security patches to March 2020. The update is rolling out on Realme UI based on Android 10.