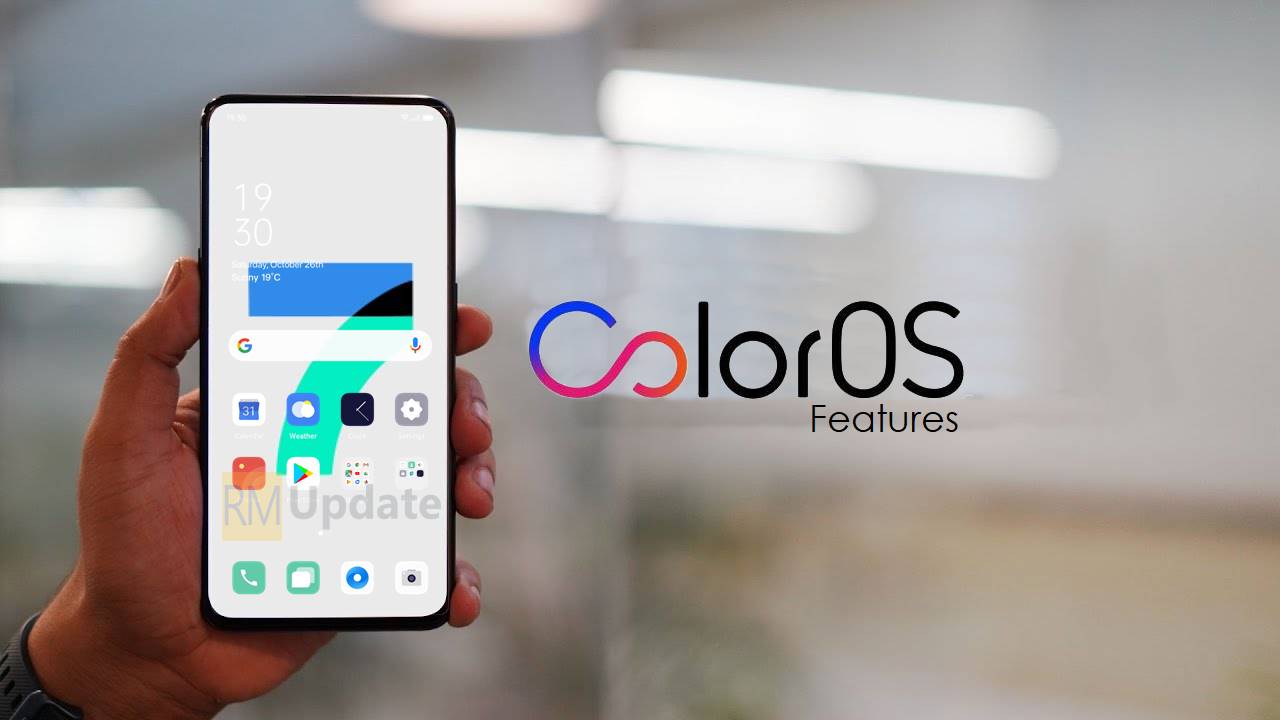 
If you’re looking to know about the upcoming latest ColorOS 7 New Features, Then you’ve come to the right place. Here’s you will find all the information about ColorOS 7 based on Android 10 features.

Additional Feature ColorOS 7 Based on Android 10

OPPO is the first smartphone company to use the Digilocker platform as an authorized partner. DocVault is an easy, quick and smart way of managing documents on the go.

ColorOS All-Day Comfort Dark Mode not only protects your eyes but also reduces overall power consumption by 38%. Which mode do you prefer? Normal or dark mode? comment below…

The three-finger screenshot gesture is one of OPPO’s unique interactions since 2014. How to do it? Long-press with three fingers, select the screenshot area that you want. Done! Easy, right?!

Soloop, makes it easier to record life. Can you imagine generating a fun-to-watch video with a sim ple click? Check out this video.

Artist Wallpaper for you

Your phone is not just a machine. It’s also an expression of your style. We invited a number of artists contracted with global art agencies to design stunning wallpapers that interpret beauty and life. Meanwhile, we added new types of live wallpapers that are responsive to your interactions and change dynamically as you navigate around your phone. TOM HEGEN Tom Hegen works as a Photographer and Designer in Munich, Germany. He studied Graphic Design and Visual Arts in Germany and in the United Kingdom. He focuses on aerial photography projects that show the impact of human presence on earth. As a photographer, he is very interested in the relationship between man and nature. In his aerial photography, he focuses on landscapes that have been heavily transformed by human intervention. He is trying to sensitize the viewer for those subjects by taking a look at the extraordinary forces impacting our environment.

Oppo claims that ColorOS 7 comes with a new RAM management system that reduces application startup time by 40% and has a 30% system resource efficiency.

ColorOS will switch to a desktop mode when you connect your phone to an external monitor. You’ll be able to use free from multi-windows to open and move apps anywhere on the screen.

The next ColorOS update will include support for “Deep Press” interactions on the screen. The idea is that you’ll be able to activate separate actions by pressing harder on the screen. It’s different from a regular short press, or a long press, in that it’s based on how hard you press.

“The current even stream represents the user intentionally pressing harder on the screen. This classification type should be used to accelerate the long-press behavior.”

In the next ColorOS update, Google offering new app permissions that give you more control over the amount of information you share with apps.

For example, apps now need explicit permission to track your location in the background. With features like runtime permissions, you can only allow access to location when an app is running, limiting the amount of information that a particular app can gather in the background.

Bubbles are a new feature in ColorOS. With bubbles, users can easily multi-task from anywhere on their device. Bubbles are built into the Notification system. They float on top of other app content and follow the user wherever they go. Bubbles can be expanded to reveal app functionality and information and can be collapsed when not being used.

Google has offered eSIM support on the Pixels for a few years, but you couldn’t use the eSIM and the physical SIM at the same time. It looks like that’s changing with Android 10, with the Pixel 3 now offering Dual SIM, Dual Standby compatibility. That means you can use the eSIM and physical SIM in a dual SIM configuration, but only one can be in active use. So maybe this feature will see on the next ColorOS.

With ColorOS, you’ll see a floating settings UI pane that can be automatically triggered by apps. For example, if Chrome detects that the Wi-Fi network doesn’t have connectivity, it’ll show a settings window with options for Wi-Fi, mobile data, and airplane mode. The feature is designed to make it easier to change settings without leaving an app.

“Developers can publish share targets that launch a specific activity in their apps with content attached, and these are shown to users in the share UI. Because they’re published in advance, the share UI can load instantly when launched.”

With Android 10, you’ll be able to easily share your Wi-Fi details via a QR code. When you select a network name to view more details about the connection, you’ll see an option to share the Wi-Fi details using a QR code.

Always On Display is getting a few tweaks with Android 10. The battery indicator is now located at the top right of the display instead of the bottom, and you’ll be able to see currently playing music.

The ColorOS 7 will first be available on the OPPO Reno3 model that will launch in December.