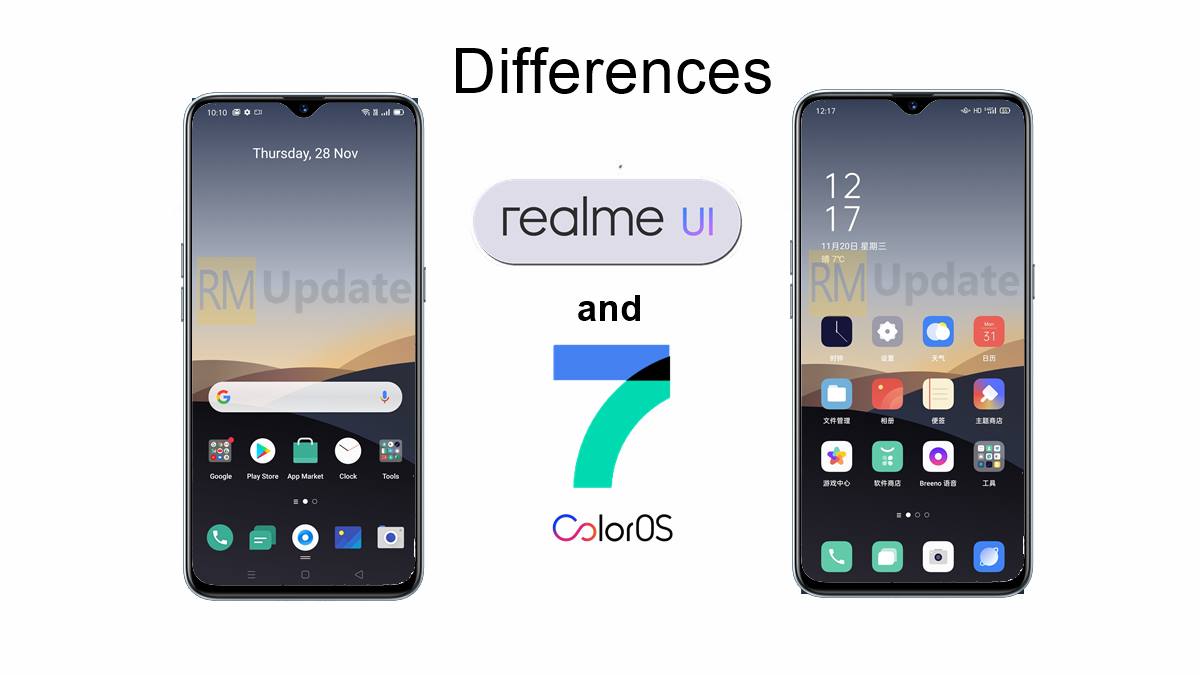 In addition, OPPO  has released ColorOS 7  which is the main theme of “light and borderless”. It has built a borderless design 2.0 with “lightness” as its core and has optimized UI, interaction, animation, sound effects, and other aspects. Around “quick”, the innovative functions of ColorOS 7 in smooth use and efficient experience are explained.

Ever since the launch of Realme phones, it has been using Oppo’s ColorOS. But in 2020, Realme will use Realme UI instead of ColorOS 7 in all its phones. Both the software will be based on Android 10, but there will be some differences between these two, which we will discuss further today.