PUBG Mobile, the most popular game played all over the world is now collaborating with Metro Exodus. Yes, you read it absolutely right. As we all know that Previous PUBG Mobile collaborations have been successful. The audience is expecting a lot from this collaboration, as the past ones by PUBG Mobile with Resident Evil, Godzilla: The King of Monsters, Mission Impossible, and The Walking Dead ended up becoming highly popular. The pairing with Resident Evil 2 was a fascinating one, as a separate mode in the Evo Ground was made available, and users could experience the zombie apocalypse.

This was made possible because PUBG Mobile every time brings something new and exciting to entertain their players and also tries to make their gameplay more adventurous. PUBG Mobile’s every new attempt to make the game exciting for players was later well-liked by the players similarly, now to make players gameplay more thrilling PUBG Mobile is collaborating with Metro Exodus.

Metro Exodus is a first-person shooter game with survival horror and stealth elements. Set in the post-apocalyptic wasteland of the former Russian Federation and the Republic of Kazakhstan, the player must cope with the new hazards and engage in combat against mutated creatures as well as hostile humans. The player wields an arsenal of hand-made weaponry which can be customized through scavenging materials and a crafting system. The game features a mixture of linear levels and sandbox environments. It also includes a dynamic weather system, a day-night cycle, and environments that change along with the seasons as the story progresses. It is set over the course of one whole in-game year.

It is very well-known by everyone that PUBG Mobile never disappoints its community in terms of exciting updates and collaborations with different franchises to bring stunning and unique battle royale content. And on 7th August, the company announced its newest collaboration, with Metro Exodus, to bring a new event in the upcoming update.

We are very excited after knowing this announcement of the company and I hope you will too. 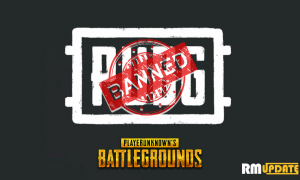 These Countries have Banned PUBG Mobile Game so far [Updated]