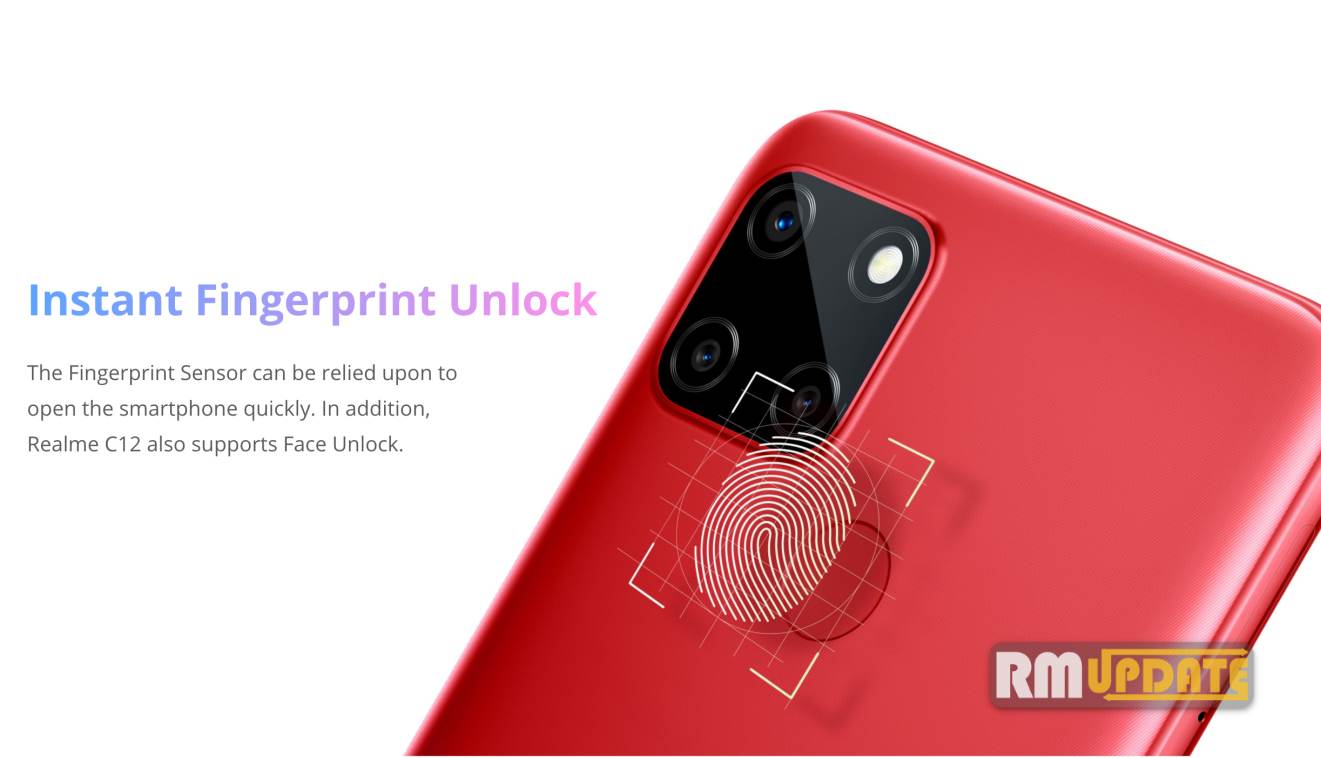 
Realme officially launched its new C series smartphone Realme C12 in Indonesia and the company will also launch the smartphone in India on August 18 with Realme C15.

Realme C12 uses a 6.5-inch IPS HD+ mini drop screen with a resolution of 720×1560 and a screen ratio of 20:9. In terms of core configuration, the machine uses the MediaTek Helio G35 processor. The Helio G35 is manufactured using a 12nm process and integrates eight Cortex-A53 CPU cores with a maximum frequency of 2.3GHz. Helio G35 also integrates the IMG PowerVR GE8320 graphics processor with a frequency of up to 680MHz. In addition, Realme C12 is supplemented by LPDDR4X running memory and eMMC 5.1 flash memory.

In terms of photography, the rear lens of the Realme C12 adopts a triple-camera configuration, which is a 13-megapixel main camera and a 2-megapixel B&W and 2MP Macro camera. The front is a 5-megapixel selfie lens. The machine has a built-in 6000mAh battery with 10W Charging, equipped with a 3.5mm headphone jack and MicroUSB data interface. In addition, the aircraft is also equipped with Realme UI 1.0 system based on Android 10.

Realme C12 has a total of Red and Blue colors for consumers to choose from. At present, there is only a storage configuration version of 3GB + 32GB, priced at IDR 1.899.000 (Rs. 9628). Indonesian users can purchase the from Realme.com.