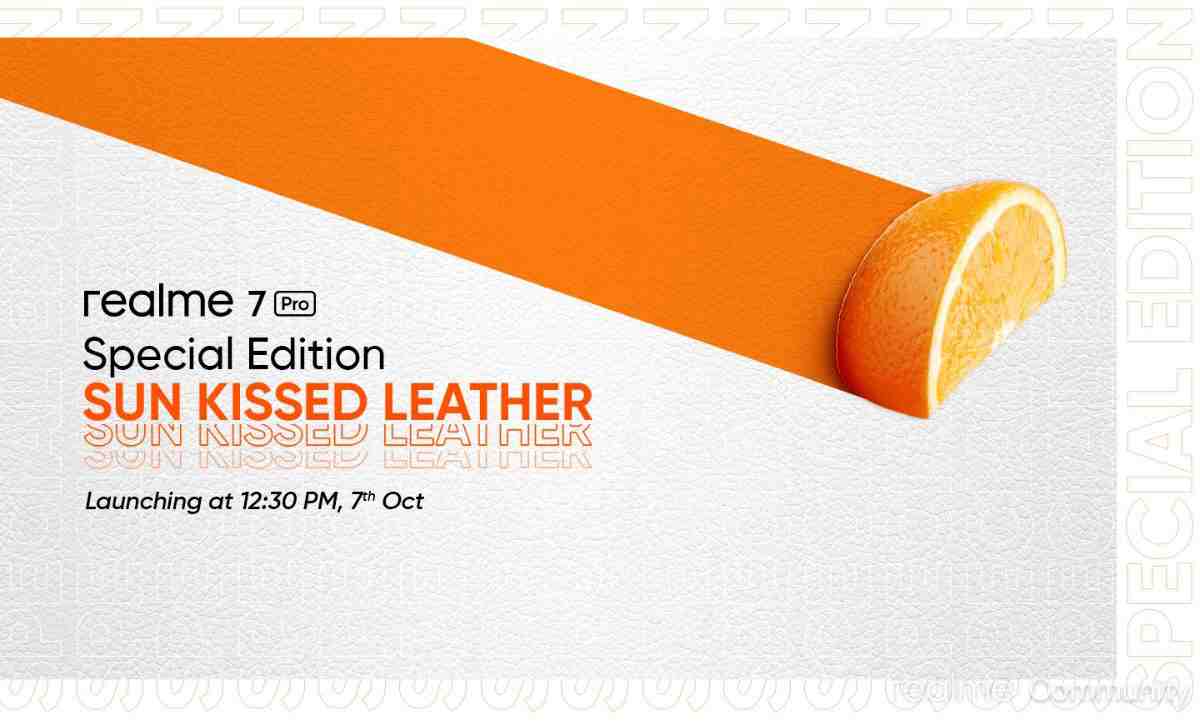 
The next Realme’s launch event has been confirmed and it will be held on 7th October. Realme is ready to launch more three products including Realme 7i, Realme 7 Pro SE, and Realme 4K TV.

Realme will unveil its most premium and long-anticipated 55-inch 4K TV that uses the SLED technology. SLED is a new display material that is an upgrade over LED but has an output similar to a Quantum dot display.

Apart from this, the new Realme 7 Pro Sun Kissed Leather Special Edition will also be introduced.