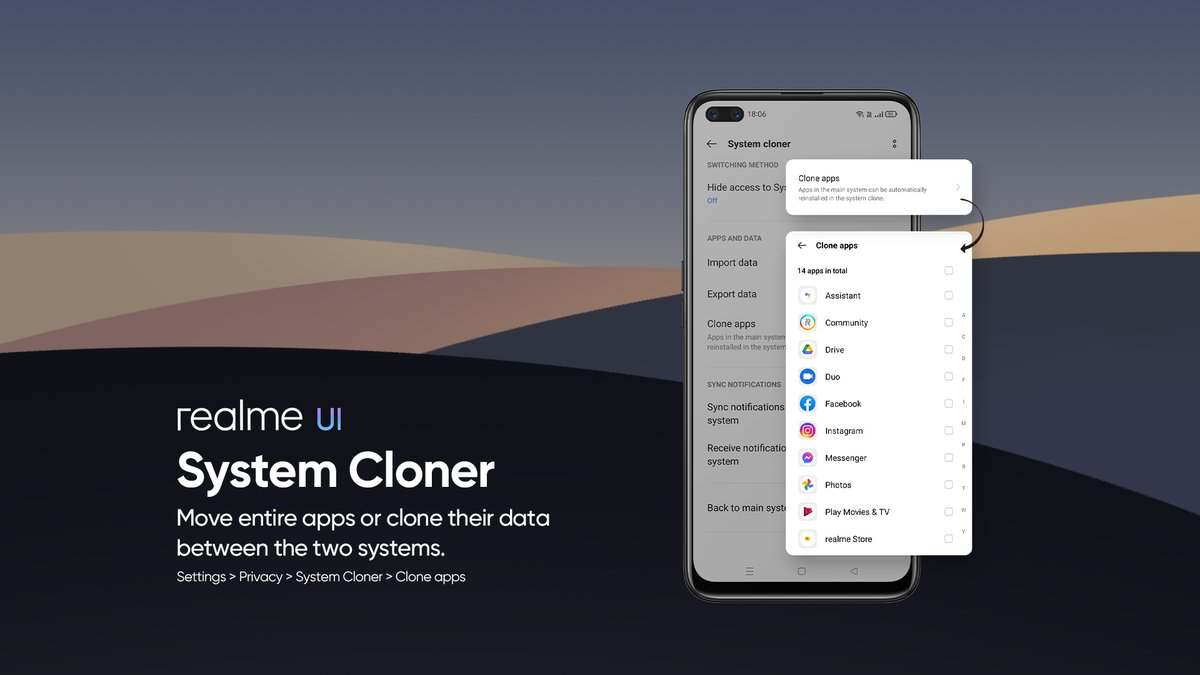 
Realme Mobiles, one of who is stretching its feet in the mobile market, Realme is a company that is day by day getting success with its new achievements. Naturally, there will be lots of feature additions, or updates made to improve this Mobile. Read more Download Game Space for your Realme smartphones

Realme started warming up a few days ago and is about to introduce the “Realme UI 2.0” on its smartphones. Now Realme has begun to push new firmware updates to the Indian version of Realme X50 Pro 5G. The new update brings various functions related to privacy and utility to Realms’s mid-range and flagship smartphones. Realme UI 2.0 Open Beta Program available for these Realme devices

The Realme UI 2.0 based on Android 11 brings “System Cloner”, this is a new privacy feature where you can clone the entire system to create a completely new system as well, such as for private and public users. The system Clone function can be used to quickly switch between the private and public modes of the phone. Go into the notification panel of your smartphone to access this function. Users can also quickly store private content safely in a Private Safe without anyone knowing. Read more Which problem are you facing in Realme UI 2.0 update?