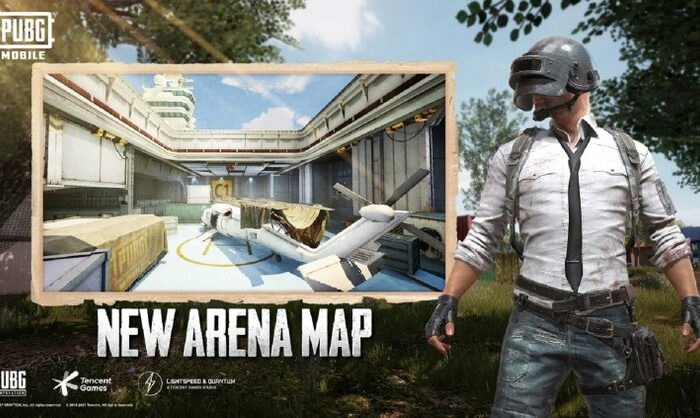 
PUBG Mobile 1.4 update has released. The new patch notes mentioned several new game modes, where players can’t wait to try various new features. The new update brings the new mode in Erangel, Titan Strike, which gives you the opportunity to be on the same map with Godzilla. Read more Download All Version of PUBG Mobile 1.4 APK + OBB File: How to guide

The Patch Notes 1.4 version brings several new features, one of which will enter a new map specifically for Arena Mode, such as Team Deathmatch, Arena Training, and others.

This is the Hangar map that will enter the PUBG Mobile Arena Mode, which will certainly add to the playing experience of the players. This map is also present in welcoming the Godzilla vs Kong collaboration, and in this map the players will be in a ship that contains many  containers and other war equipment. Read more BGMI Launch Date Is Here – Battlegrounds Mobile India [May 28]

PUBG Mobile official directs, that this map will soon be released into the game on June 1, 2021, which means when Season 19 has been released.

This map will be available for Team Deathmatch, Arena Training,  and  Gun Game modes, which are the 3 most favorite modes so far.