Realme UI 3.0 Omoji Avatar Feature: All you need to know – Realme has introduced Realme UI 3.0 skin based on Google’s latest Android 12 operating system. The shell has changed in appearance, has become more economical in memory and energy consumption, and also offers improved privacy.

The icons in Realme UI 3.0 have become more voluminous and brighter. In addition, the interface now looks clearer and more logical due to clever work with space. To do this, designers have reduced the density of the amount of information displayed on one screen. The sizes of headings, the contrast of symbols, and the text have been changed. Everything allows you to read information from the screen faster.

Realme UI 3.0 comes with a new Omoji Avatar feature which was recently introduced in ColorOS 12. To those who are unfamiliar with Omoji, it is a personalized 3D avatar feature that you can create your virtual look in an imaginative way with various accessories and features. Omoji can also capture the minor change of your facial expressions — tailored all and just for you.

How to Download and Install Samsung One UI 4.0 [Android 12] update on Galaxy smartphones 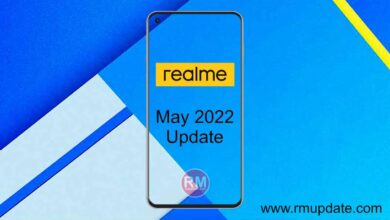