Following the launch of ColorOS 12 by OPPO in September last year, it has been well received by many users since its debut due to its substantial improvement in system fluency and security. After the official announcement that ColorOS has begun to adapt to Android 13 and its adaptation plan was exposed, a source also revealed a new interface screenshot of what is said to be ColorOS 13.

The blogger Digital Chat Station released a set of screenshots, ColorOS 13 will support the creation of folders on the desktop, and you can directly click to open the app. It also adapts more desktop widgets and can be placed directly on the desktop. At the same time, in the current internal beta version, The background retention rate of the system is also further improved than that of ColorOS. According to the previously exposed adaptation plan, OPPO Find N, OPPO Find X5 Pro, and the OnePlus 10 Pro will be the first batch to adapt to the ColorOS 13 preview version.

The official may start the ColorOS 13 internal test based on Android 13 Beta 3 in early July, and the public beta of ColorOS 13 will be launched in early August.

If the current information about ColorOS 13 is true, it means that in addition to the new features based on the new Android 13, it will also have more adjustments, including the UI interface. For those currently holding Find N, Find X5 Pro, and OnePlus 10 Pro, you might as well wait patiently for the internal testing of this new system version to start. OPPO A96 gets Stable Android 12 with ColorOS 12 Skin 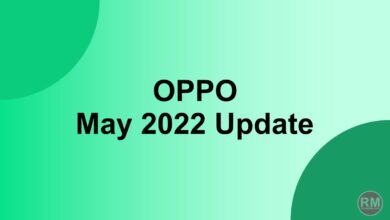