Realme is an emerging Chinese smartphone brand that aims to integrate power with style, focusing on the core needs of users. The Chinese firm offers high-end as well as entry-level devices worldwide. Since the beginning of the year, the company has continued to launch its latest entry-level device in the market, which includes Realme C35, Realme C33, Realme C31, Realme C30 and more.

In terms of the software, all the above-mentioned Realme C series smartphones come with the Realme UI top on the Android 12 operating system and will be eligible to receive one Android OS software update according to the Realme update policy.

As per the Realme update policy, Realme entry-level devices such as the Realme C series will get two years of Android OS updates and three years of security updates. So, the Realme C35, Realme C33, Realme C31, and Realme C30 smartphone users will be eligible for the major update, Android 13-based Realme UI 3.0.

But here the question of the most beloved entry-level Realme C series users is when will it get the latest Android 13 update? Well, this article is mainly to inform the Realme C series smartphone users about the Android 13-based Realme UI 3.0 update eligibility status.

In September 2022, Realme released the Android 13 early access beta-based Realme UI roadmap to its users. According to the timeline, Realme C series smartphone users will get the Realme UI 4.0 early access version sometime in the third quarter of 2023.

Meanwhile, we can expect the Chinese tech giant to release the stable Android 13 update for eligible Realme C series devices late next year and it may vary as the rollout of the update depends on the company.

Week 2: Is Your Smartphone Getting An Android Update? See It In Our Overview 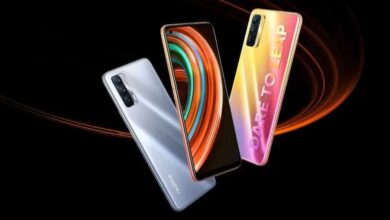