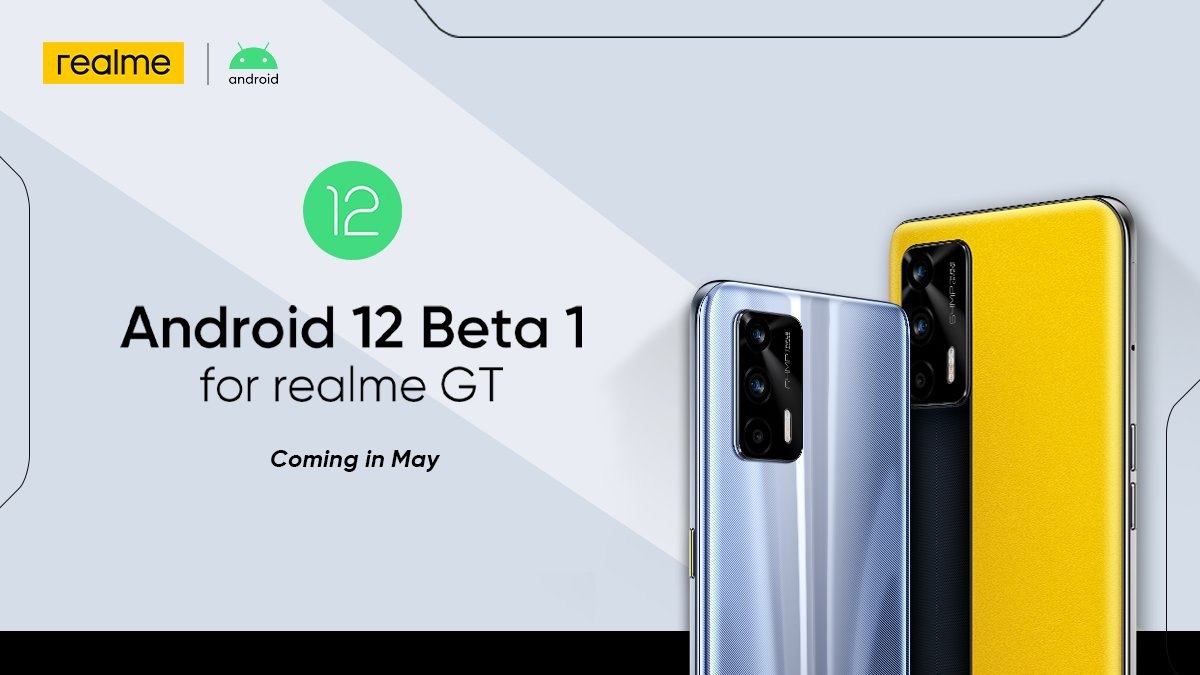 
Google just announced that the first public beta of Android 12 is now available to download for Pixel Devices. The update adds new features that are focused on a new interface based on a design language called Material You. But there is good news for Realme GT 5G will be the company’s first smartphone to receive this update.

Recently, Madhav Sheth, CEO of Realme India has tweeted and said that “We are extremely happy to announce that #realmeGT will be amongst the first devices to support the Android 12 Beta 1, scheduled to be launched in May.”

As all we know is that the beta update will be available to users in China soon after Google announces the next generation of Android.

The Realme GT comes with Qualcomm® Snapdragon™ 888 5G chipset and it comes on Android 11-based Realme UI 2.0 skin will get Android 12 Beta 1 very soon. Gladly, It will be among the few devices to get the latest Android 12 beta 1 update.