Rumors about the MIUI 13.5 have already started and became a trending topic among MIUI users. Many MIUI users are wondering about when they will receive the update and whether their smartphone is eligible or not for MIUI 13.5?

In this article, we will give you detailed information about the ineligible devices and the reason for ineligibility for the update, and when the update will be released?

Many tweaks and new features have been observed in this update for seamless performance and a better user interface. Developers have mainly focused on UI animation like toggles, pop-ups, and icons. Some of the features are given below.

These are the few tweaks and features, including many more that are awaited for the users of Android 12-based MIUI 13.5.

Which device is eligible?

The users whose devices are running on Android 11 based MIUI 13 will not receive the update because Android 11 is not capable of the changes and adding features. MIUI 13.5 is developed the way by which it supports the Android 12 and future versions. So in this case, Users of Xiaomi smartphones running on Android 11 based MIUI 13 have to upgrade their phones to experiencing MIUI 13.5 update. Read more Xiaomi 13 Series Design And Live Image Leaked, Tipped To Feature An Android 13/MIUI 14

How To Fix Irregular Calendar Notification In Galaxy Watch? 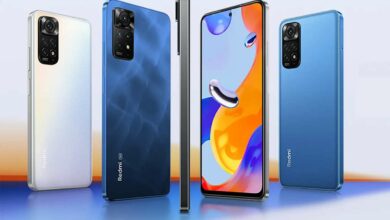