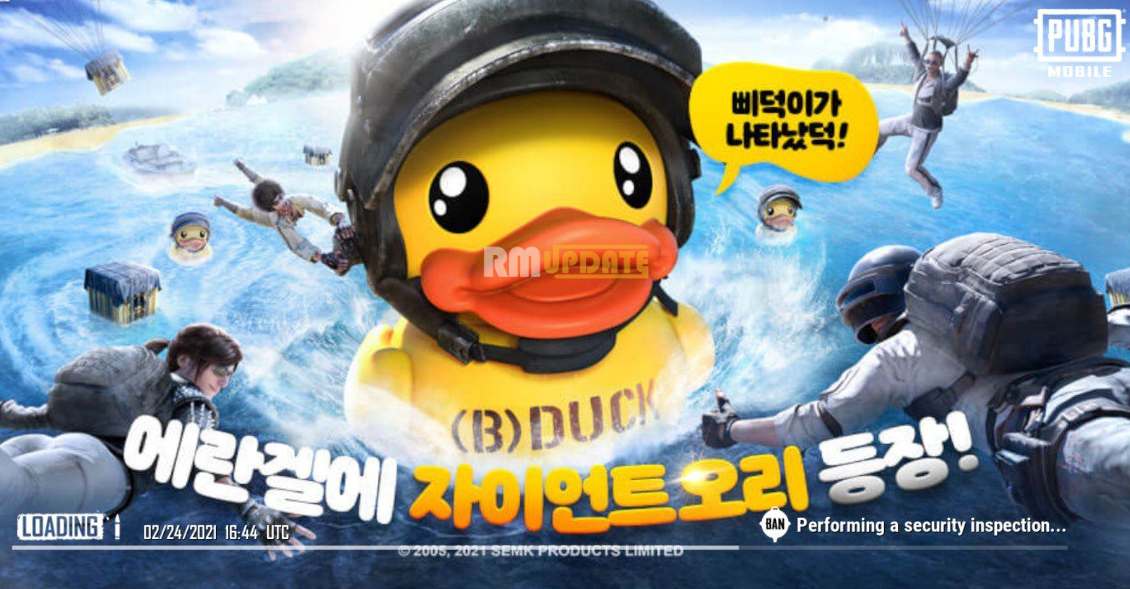 
PUBG Mobile’s every new attempt to make the game exciting for players was later well-liked by the players similarly, now to make players gameplay more thrilling PUBG Mobile is Bringing Duck-Themed Content, Including Loot Delivered By Giant Floating Yellow Ducks. The name of this event is B.Duck Event

As the past ones by PUBG Mobile with Resident Evil, Godzilla: The King of Monsters, Mission Impossible, The Walking Dead and Metro Exodus: First-person shooter ended up becoming highly popular. No doubt that above each pairing had its own great pleasure, they were a fascinating centre where players received loot box, adventure and also experience the zombie apocalypse.

After the success of every pair of PUBG Mobile, now the question arises how famous this event is? so let’s know about it and find the answer to this question:

Undoubtedly you already know about the duck event that is currently appearing at PUBG Mobile. This event is called the  B. Duck world Tour and has been started on  February 24, 2021 – March 7, 2021. Under this event, PUBG Mobile is bringing very exciting loot for a lot of players. The main attraction of this event is the prize. Actually, they gave a permanent costume as a prize.

Also on the Erangel map, you will notice 3 duck marks appear on map that are scattered. This duck holds a crate that gives you a good weapon, but not a Water Drop weapon.

You only need to help the duck to go around the PUBG Mobile map with a gasoline token.

You can get these tokens by completing the missions provided in the event, the farther you go, the faster you will get the prize.

Note: In each game, they will appear in a different place, but will always be in the water. you have to swim or use a boat to get there.

Go, play and take your prize!