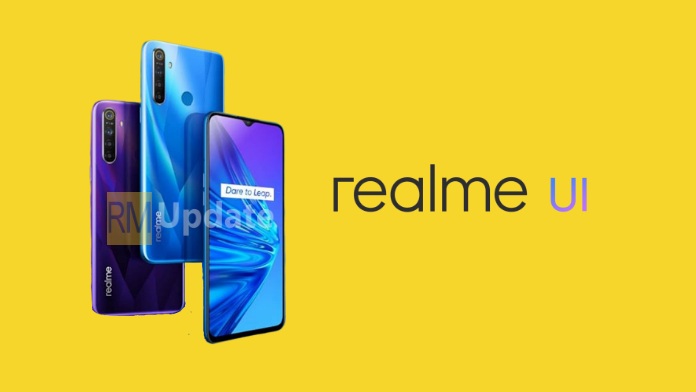 Realme is rolling out Realme UI Beta update for Realme Q aka Realme 5 Pro users in China. The update based on Android 10 (Android Q).

Realme 5 Pro aka Realme Q is one of the most selling phones of Realme. A lot of users are waiting for the Realme UI for Realme 5 Pro (Realme Q), And Realme has promised the update is available in this month. In addition, it will reach the Realme UI update to all devices according to the time. As you are seeing, Realme 3 Pro and Realme X have received this update and in the coming time, this update will be available in all Realme phones.

How to Register Realme UI Beta For Realme Q

Now finally, Realme UI beta for Realme Q aka Realme 5 Pro early adopter entry is now open for the Chinese variant. From February 13th to 23rd, you can sign up for early adopters by holding realme Q real powder! But before you register, please read the following precautions carefully:

1. This registration is only open to users who use the realme Q version in China.

2. There may be unknown bugs in the “early adopter” system. Please backup important personal data before updating.

3. There is no official rollback package for this early adopter. If there is a downgrade rollback requirement in the middle, please go to the after-sales machine for processing.

4. In order to facilitate the communication and notification of early adopters of the system, we will communicate and feedback through the QQ group. The QQ group number will be attached to your “Sign Up Pass” confirmation message. Please join the group immediately after receiving the message.

The number of people:

Limited to 2000 people. If the quota is full before the deadline for registration, the registration entrance below will be closed. We will filter the list according to the registration order and answer the questions, and confirm the notification by SMS.

On February 26th, if you pass, you will receive an invitation to add SMS.