WhatsApp is a universal social messaging app that has millions of users all around the world. It is popular because it has an easy and fast interface compared to other Messaging apps. More than that, it does not have any type of useless features or any advertisement which disturbs the users after every few minutes.

It is a widely used and most loved messaging app by the users of any OS, AndroidOS, iOS, or more, owned by Meta (Formerly Facebook). Read more Download & Find Out What’s New In The New Google Play Store Update:

For the last few months, WhatsApp developers have been continuously working on adding new features to Whatsapp and trying to make it more users friendly than the usual multi-feature messaging app.

If we talk about the recent news of Whatsapp, then it has made lots of improvements and added new features. Read more These devices that won’t be able to use WhatsApp in 2022

A few months ago, it added the all-new feature of, Message reaction, in which users can react Emoji to the particular message of the chat and make it chat more entertaining and understandable.

And now, the most interesting feature news is reported by the wabetainfo, i.e., WhatsApp developers are working on the Edit text message feature. Currently, it is in the beta stage, and it is expected that WhatsApp will add this in a stable update. In addition to this, WhatsApp has announced some other features also, such as group polls and WhatsApp Premium.

In this, developers of WhatsApp are working to bring accessibility to editing text messages. It is also expected that the feature will have a certain time limit in which they can edit the message. But currently, this feature is under development, and when it will be available for the users don’t know, but as soon as the company announces or we will get to know any extra information about this, we will inform you, with the help of an article. 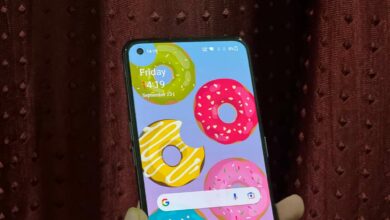