Realme officially launched its new Android 11 based custom UI as Realme UI 2.0. It is definitely a whole new take on Realme UI. Realme UI 2.0 based on Android 11 will improve upon many of the features, tons of customizations, enhanced security, and better productivity.

Here are we will track all the details about Realme UI 2.0 update for Realme X2 devices, and we will also give you the latest information about the upcoming update.

February 10 – The company has started rolling out the Realme UI 2.0 Beta 2 based on Android 11 for the Realme X2 devices. This software comes with an update package of more than 1 GB and builds version RMX1992EX_11_F.11.

The third batch will available Next week.

Important Note – What about the other regions? Realme didn’t reveal any information about the Realme X2 Global and European variant for Realme UI 2.0 update, but we expect the company will release the Realme UI 2.0 beta update after India and China. 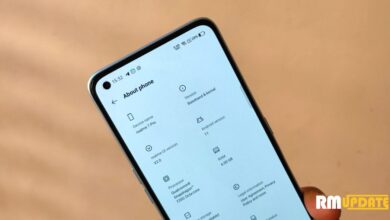